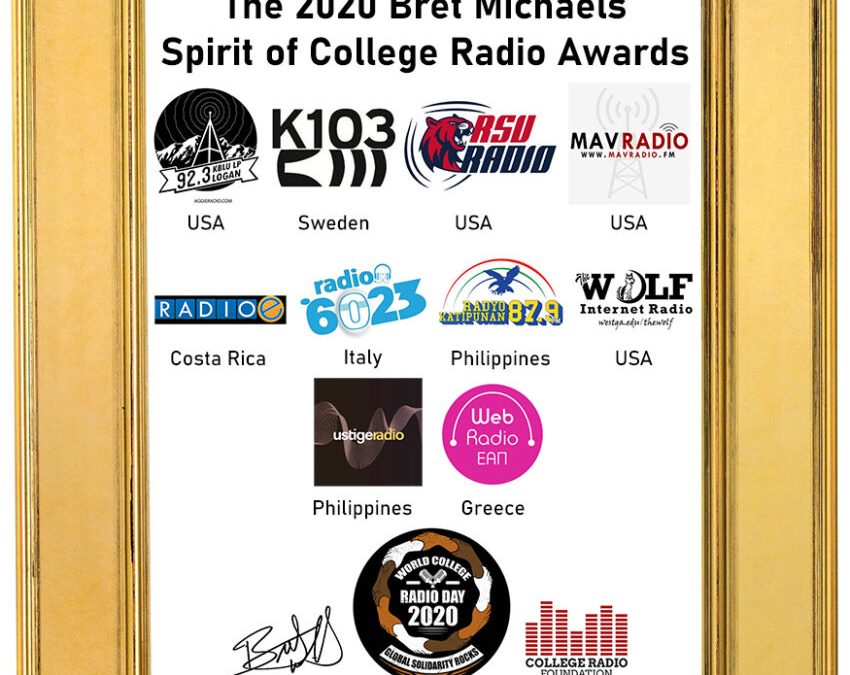 Aggie Radio was one of ten stations to receive the award out of the 600 stations from 43 countries that participated in World College Radio Day.

“Stations are voted for by the team that organizes World College Radio Day, who seek to shine a spotlight on college radio stations that not only go above and beyond to celebrate the annual WCRD event but also embody the passion and mission of college radio,” said a press release from College Radio Day.

“When it comes to College Radio Day in particular, we’ve challenged ourselves to do live events,” Benson said. “With COVID this year, we couldn’t include the community as much as last year in the celebration, but we made it a party and overall success this year too. Getting approval for live events this year has been tough, but we persisted and were able to get that event through where some others may have stopped after the first obstacle came up.”

Planning an award-winning event during a pandemic is not easy, and Aggie Radio event director Sydney Ho found the frequently changing approval process for the event to be frustrating.

“We were proposing events and having them all denied but not finding out quite what we needed to do to make one happen,” Ho said. “I was so happy when we finally found out College Radio Day was going to be possible.”

Ho said that one of the most difficult aspects of planning College Radio Day was how long it took to get the event approved.

“I spent a lot of time planning and telling bands and people that I might have an event for them to perform at, but I could lose it at almost any time,” Ho said. “It makes it difficult to get bands that are from anywhere outside of Logan because it’s asking a lot for them to keep a flexible schedule like that. The bands we had were from the valley and great to work with though.”

“I think it’s really amazing that a bunch of college radios across the world plan and throw events and other special things to celebrate college radios,” Ho said. “They can be a very underappreciated organization on campuses and it’s just great to see people get excited about music and showcasing talent in our communities.”