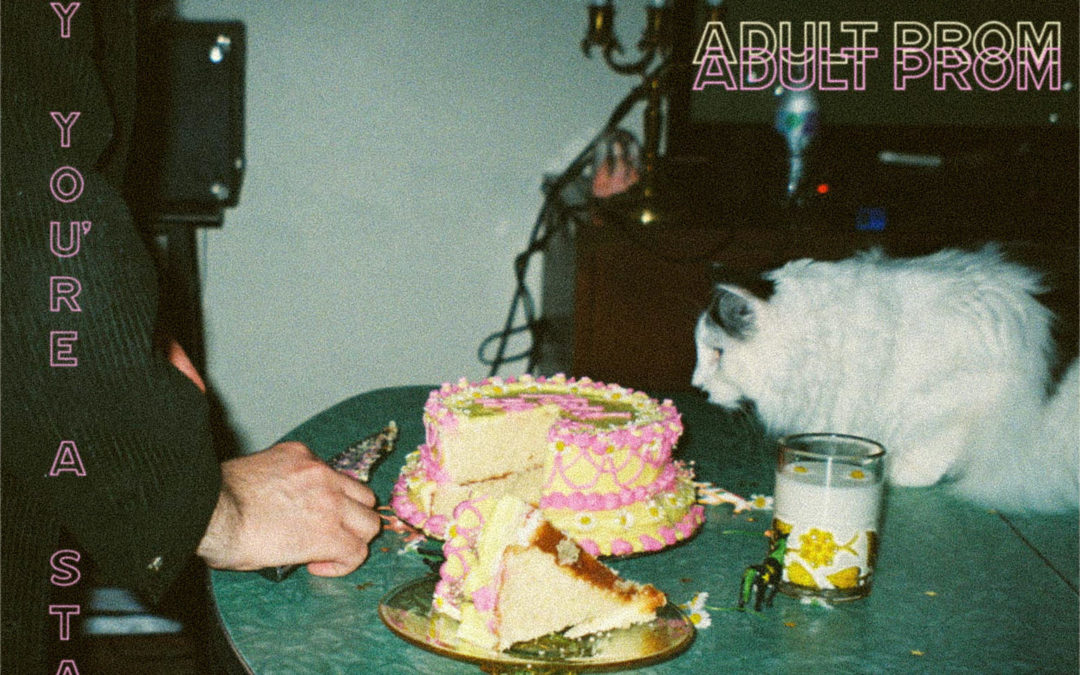 From their layered, lo-fi informed sound to their eclectic, homemade show promotion videos, Adult Prom is the kind of band that not so much turns heads but rather tilts them. “Baby, You’re A Star!,” a new single from the Salt Lake City indie-rock outfit, further proves that their music is nothing short of entrancing

As their first release since their 2018 self-titled EP, a change in style was expected. The differences between then and now show their growth in honing their textured sound.

The song opens with distorted synth descending and ascending in scale, setting an ominous mood. The typical airy and bouncy qualities in their earlier work are nowhere to be heard, replaced by a production style of a fuller, more heavy rock feeling.

Frontman Russ Allphin’s voice moves smoothly and cracks in just the right places, singing of a destructive desperation to fit in (“If I never think it/Then I’ll never say it/If I never say it I will surely explode”). The circling of thought in the lyrics mirrors the eerie sounding synth, tucked between fuzzed-out guitar and brooding percussion.

With an Adult Prom album anticipated to come out by the year’s end, “Baby, You’re A Star!” is nothing short of a foreshadowing for its potential.