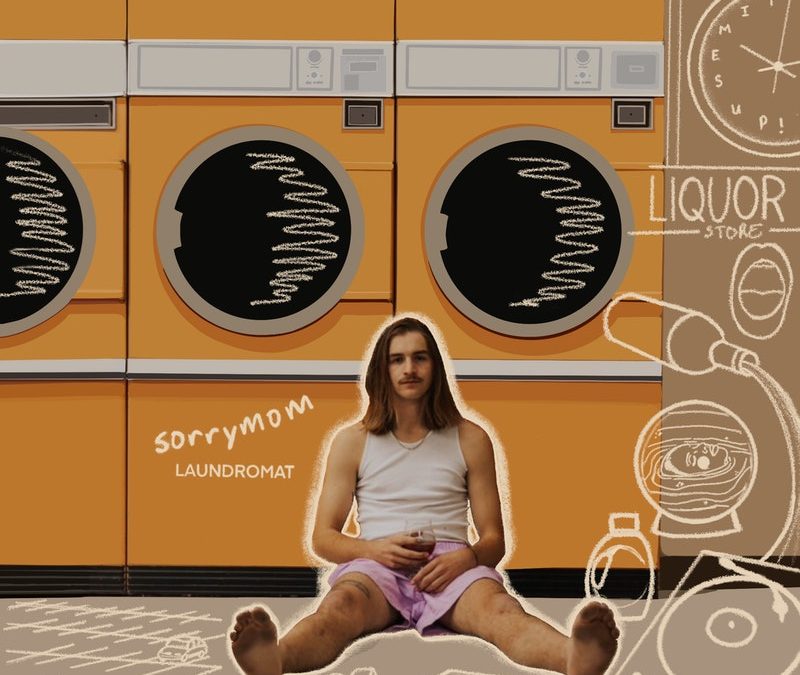 While the single release is new, the song itself was actually written two years ago. The band first started recording the song in 2019 and has had six re-recording sessions since.

“I’ve heard the song 60 million times at this point,” Burt said, “but the trade off’s not that bad because, I’ll tell you what, the first time I heard our master, which was only two weeks before we put it out, I had an emotional reaction to it as if I wasn’t even part of the song.”

Burt wrote the lyrics to the song after taking a drunk walk to a laundromat he would visit as a kid with his mother.

“It was like a memory that — you know — there’s like those memories that you don’t remember until you see something that triggers it, and then you do remember it,” Burt said. “And then just as quickly as it comes, it goes away. Well, that was like one of those times. And like, I wasn’t talking to my mom, or really anybody in my family at this point, and kind of felt like, you know what, screw this life kind of steps. And it really like centered me back to my dreams I had as a kid which are outrageous, and I’m never gonna go in those directions, but it made me realize, I don’t know, just that the moment that I was in wasn’t permanent.”

Burt woke up the next day and wrote the song. It was the only song he had ever finished.

“The second I put down the pencil and had my final recording that I could show Shane [band drummer] and say, hey, we should start a band with this, I kind of walked out and was a different person,” Burt said. “And I cared about my life a lot more and I didn’t get drunk and go on walks. So it was a pretty big moment for me, even though I just scream laundromat on the stage.”

The band describes the lyrics as “psychedelic and dreamlike in nature, reflecting the surreal sensation of being trapped in an illusion of your own design.”

“I think we can all agree in the band that live is where we want to be,” Fish said. “The studio is fun, but it’s a lot harder work. But it pays off in the end.”

Burt said that while recording in the studio is hard because the energy is different, the studio is where musical growth happens.

“Honestly, up on that stage, it’s really fun, but we mess up a lot,” Burt said. “In the studio, it’s a lot different because we get to like, really creatively come together and create one painting with a bunch of different paintbrushes. It helps me connect to both the people that I get to play on stage with as well as connect with my art and my music and really understand why.”