Brandon Flowers, lead singer of The Killers, talks balancing faith and music on ‘The Foyer’ 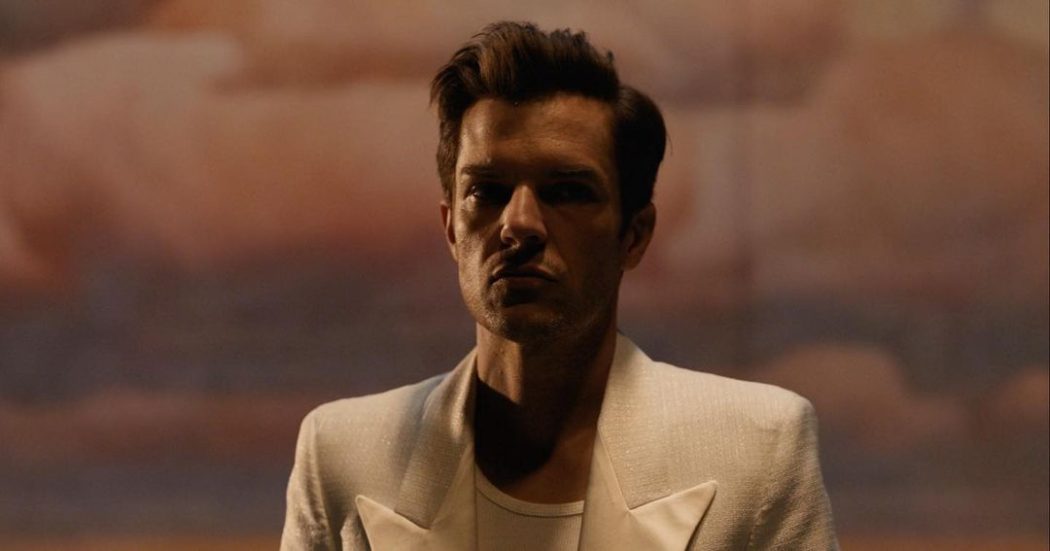 Brandon Flowers might be the most famous Mormon in the world — or tied only with Senator Mitt Romney. As the lead singer of the famous rock band The Killers, he had a lot to focus on, but there was never a time where faith wasn’t on the schedule.

On Tuesday, Dr. Patrick Mason, a professor of religious studies at Utah State University, hosted Brandon Flowers on his weekly podcast, “The Foyer.”

While most 19-year-olds went on missions, Flowers became a rock star. Inspired by the music and culture of U2, Depeche Mode, Bruce Springsteen, and David Bowie, Flowers latched onto these artists and began to write music.

Unlike many other bands, The Killers became well known quickly. There wasn’t a lot of time spent in vans chugging across the country; their first album, “Hot Fuss,” allowed the band to play stadiums in London, England.

“I developed a savior complex during the first album,” Flowers said. “I began to question my authenticity. The way these people act gives them the right to that lifestyle, so there was a bit of a tug of war happening.”

Flowers explained that he was torn between his faith and his music because the culture was often “sex, drugs and rock ‘n’ roll.” Would he become a rock and roll casualty if he didn’t latch onto these influences?

“I worried that if I didn’t attach to this lifestyle, I’d be left behind,” Flowers said.

In his early years as a musician, Flowers fell victim to the “rock and roll” lifestyle and left his faith behind. He constantly questioned the need for a higher power and explained that his journey back to the LDS lifestyle began in the lyrics of their first album. In the song “All These Things I’ve Done,” Flowers sings: “I’ve got soul, but I’m not a soldier.”

“I recognized that I was starting to go somewhere I was told not to and I still believed there was goodness in me. I started asking for help — you start to hear that more on the second record, ‘Sam’s Town.’” Flowers said.

In the hit song “When You Were Young,” the bridge reads, “They say the devil’s water, it ain’t so sweet. You don’t have to drink right now, but you can dip your feet in every once and awhile.” Flowers’ hope in writing this was to make it clear there would always be hope for redemption and that God would always forgive those who fell off the beaten track.

Although today Flowers is a devoted member of The Church of Jesus Christ of Latter-day Saints, he writes his music for all in the hope that they understand nobody is perfect and everyone can be forgiven. It must work, after all; The Killers’ most recent album,
“Imploding the Mirage,” was ranked the best rock album of 2020 in the United States on Billboard’s Top 100.

“Imploding the Mirage” has several references to the New Testament and LDS faith, including the front cover, which pictures two heavenly beings. While yes, Flowers pictured them as the Heavenly Father and Heavenly Mother, he also saw the two as a representation of him and his wife.

The song “Fire and Bone” is heavily influenced by the New Testament and the Father/Son dynamic. Flowers said it was one of his favorite songs on the record. “My Own Soul’s Warning” the opening track, acknowledges he did things he shouldn’t have with the line, “I just wanted to get back to where you are.”

“I’ve come to terms with my mistakes,” Flowers said, “and I know I’ve been forgiven. The sun is out and I’ve turned over a new leaf.”

“Imploding the Mirage” is available to stream on all devices. Watch the full interview below and check out our review on the album as well.