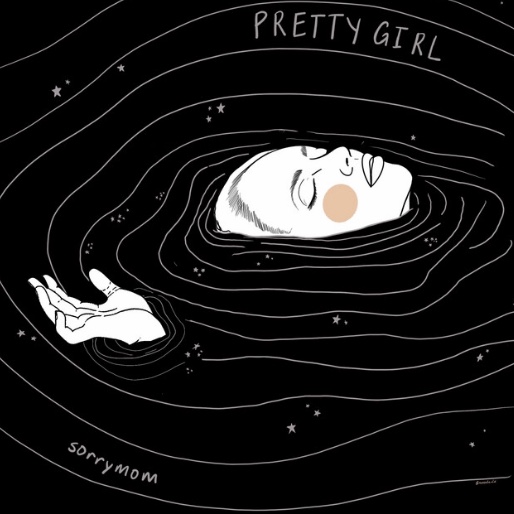 Many Sorrymom fans have been waiting since their performance at the 2019 Big Agg Show for the band to record and release music. Felix said the decision to record “Pretty Girl” first was an easy one.

“In October, when we began recording, we had only been performing live for two months. We could probably count the shows we had played on one hand, and the crowd[s] [were] already singing along to ‘Pretty Girl,’ ” Felix said. “We were hooked on how the song felt live, so when it came to the studio discussion of our first single, the decision was easily unanimous.”

Sorrymom is one of the first artists to work with the newly established WhySound Records. All four members of the band have grown up in Logan, so it was fitting that they’d sign with the local record label. Felix explained that the opportunity to record at a venue they all love with artists central to their community — like Taylor Ross Wilson, Benton Wood, and Shua Taylor — made the process even more special.

The energy of a Sorrymom live show is not lost through the recording process. Burt’s lead vocals and keys resonate with optimism and longing and you can hear his smile while he sings. Fish’s guitar solo before the last verse is equally exciting as in any live performance.

“I think this song hits a little different for every band member,” Felix said. “As far as I can speak for the rest of the band, I can say that this song means an awful lot. It is a beautiful combination of the best of all of us.”

With so many fans used to going to Sorrymom shows monthly, if not more often than that, the release of “Pretty Girl” came just at the right time. Now listeners can hold on to a piece of Logan — the feeling of release of a Friday night at WhySound after a stressful week, the beloved chaos of Wednesday nights at The Factory, the optimism and hope of a new semester at Big Agg Show — wherever they are.