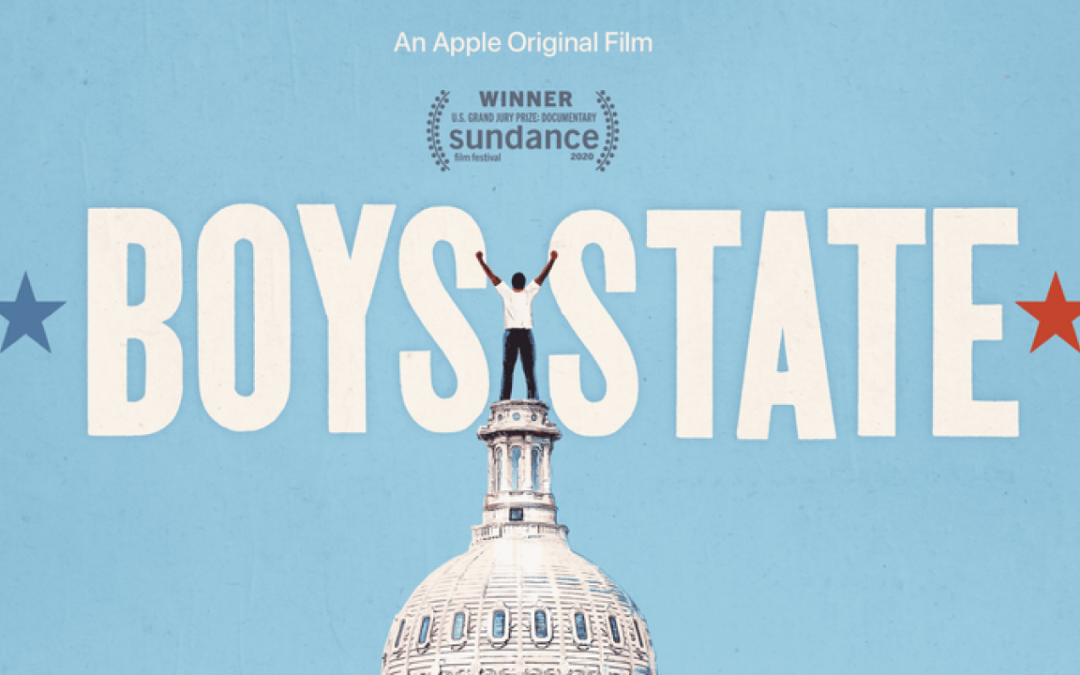 When 1,200 17-year-old boys simulate the Texas government over the course of a week, what they simulate is something that might be more functional than the actual thing. A24’s newest documentary “Boys State” focuses on the American Legions version of the great American experiment while bringing together a group of diverse and rambunctious teenage boys.

“Boys State,” winner of U.S. Documentary Competition Grand Jury Prize at the 2020 Sundance Film Festival, follows along as the younger generation gives us hope for the future of democracy. It can be streamed on Apple TV+. The film follows a few subjects throughout the duration of the week, as they break off into the nationalist and federalist parties, form their platforms, build coalitions and run dirty campaigns, all leading up to the final and most important gubernatorial election.

Steven Garza, an early favorite, is a soft-spoken first-generation American who not only captures your attention but holds a death grip on it for all 109 minutes of the film. Against all odds, smear campaigns, and formidable opponents, he becomes the front runner candidate for his party after delivering an empowering and poignant speech to his peers.

While the film at times may seem like an exaggerated caricature of the democratic system or a real-life reenactment of “Lord of the Flies,” both the filmmakers and subjects agree that the experience of following the program left them with a sense of hope.

Filmmaker Jesse Moss was asked about what they learned from the Boys State program and the filming experience. “We found a lot that was really hopeful in the experience and program itself with how old fashioned it is. The fact it creates a space that’s sometimes hard to take in but accepting people from different political backgrounds is really hard to recreate in real life,” Moss said.

At first glance, the film and program seem to only shine a bright light on the absurdity and almost cruelty of the democratic process, but at its core “Boys State” is a testament to the simplest idea, compromise and don’t be afraid to sit down with others that you might not agree with. Steven Garza puts it best in the moments of the film. “We need to show what we can do if we talk to each other, and work with another,” Garza said. “Boys State” is the perfect amalgamation of teenage absurdity, political drama, and above all, hope for the future.