An Interview With Ritt Momney 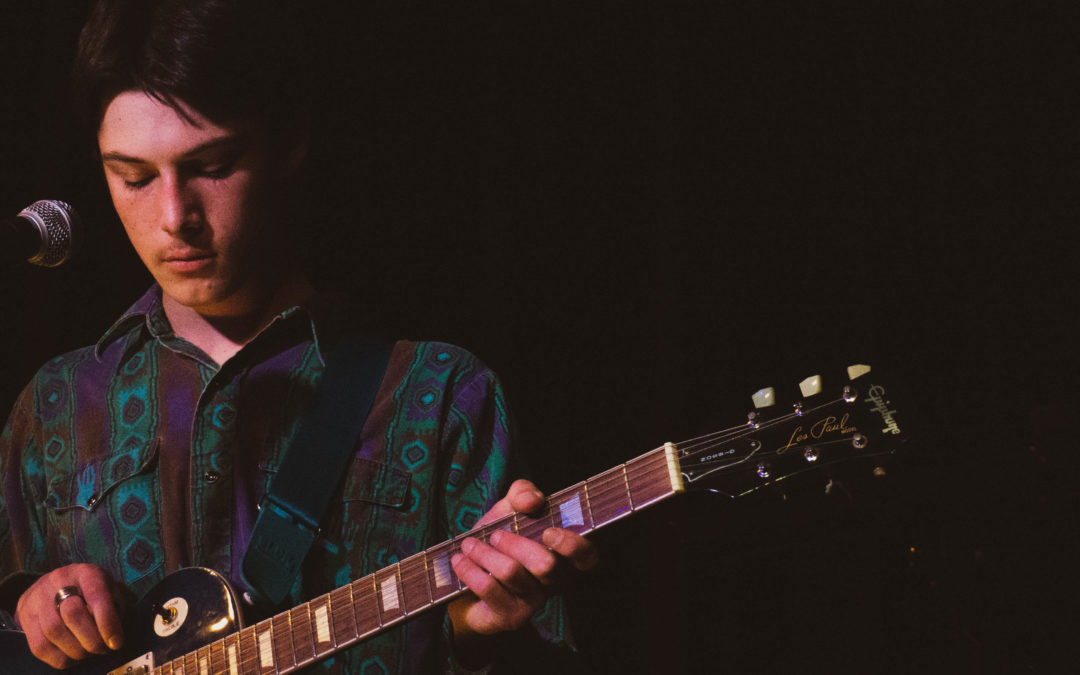 From their powerful and personal lyrics to their intricate production, Ritt Momney is a band on the rise with no intention to slow down. The Salt Lake-based group is comprised of Jack Rutter (vocals/guitar/keys), Jonas Torgersen (guitar), Auden Winchester (keys), Noah Hamula (bass) and Sam Olson (drums). Before taking their bedroom-pop meets indie-rock sound to WhySound, Aggie Radio sat down with the guys to discuss their debut album, SXSW, and the value of “sad art.”

I don’t know if you guys were aware of this, but A.V. Club has this recurring list called “Year In Band Names” and Ritt Momney was on the list for 2018, the caption under Ritt Momney reading “They’re from Utah, naturally.” Obviously, your name is very much of a joke, but have you had any experiences in which people kind of question you or your capabilities because of your band name?

AUDEN: I think everyone kinda does when they first hear it. When I have to tell people about it, it’s kinda annoying. But honestly, now we’re kinda stuck with it because I made it up in a basement junior year of high school and we never expected anything to happen with it. I think a lot of people think it’s a joke at first and then they listen to it and people are like “oh.”

JACK: if you look up Ritt Momney on Twitter-

JONAS: It just says: “I’m going to avoid this band.”

JACK: I kinda like the contrast between the joking name-

There is a significant change in sound between your early demos and your most recent release, what influenced this change from a more conventional, garage rock sound to one that is more synth and production oriented?

JACK: I think having control. Before, a garage rock thing was kinda what we were going for, like we went into a studio and some guy produced it all for us. It’s kinda dumb in that way, whatever changes he’s making you’re paying him for his time for those and I hated that. When I started doing it myself and I could have all the time in the world. I guess what I’d say is the stuff we do now is what I always wanted to do but I didn’t have the means until I had time to get better at production and stuff. This is a more honest Ritt Momney than before.

If provided the means, would you guys consider recording in studio again? Or is there something about that quality or experience that you guys just don’t want again?

JACK: In the sense of in-studio, like record as a whole band, yeah. Some of the songs on the album are going to be that. if you’re asking with somebody else doing it for us? I don’t think I’d ever want to do that ever again unless – it’d have to be collaborative. If like James Blake would wanna collab, I’d be like “yeah, I guess.” Giving up the creative control to someone else, like someone outside of the band, that would be a nightmare.

Your debut album Her And All of My Friends is close to being out of the works and into the world, what has the inspiration for the record been? Any central or recurring themes?

AUDEN: I think, musically, the inspiration for Jack and me the most is
James Black, Frank Ocean and then Jack really likes STRFKR. Those are the three that come into it, but really, all of it is from Jack being super sad.

JACK: when I first started doing “Something, In General,” all the songs were super small scale, like they were all about this girl or were very introverted. Recently the songs have gotten a lot bigger and existential. I think the album is probably going to go into chronological order, from those earlier, super introverted songs to songs about stuff everybody can really think about and really relate to because we’re all going to die.

On that topic of sad songs, do you think there is value in, not necessarily happy but like, optimistic art?

AUDEN: No. I don’t think I would be able to make anything if I was ok with myself. If I was like happy and stable I don’t think there would be reason for me to draw or take pictures or do anything like that. Honestly, it sounds dumb, but it’s corny to me. It’s fake to me and that’s something I just don’t like.

JONAS: For me personally and a lot of other people, people just enjoy making art and I think there’s value in that. People also find pleasure in looking at and listening to other people’s art and I think if it just so happens to be happy and portraying happiness rather than sadness, it’s just as high in quality.

President’s Day weekend you guys are going to be hitting the road with The Sardines and The Backseat Lovers to play two shows in LA: February 15 at Fox Theatre Pomona and February 17 at The Teragram Ballroom. How did you guys manage to book these shows?

JACK: One of the owners, maybe of Fox Theater Pomona, just dm’d us and was like “hey, I think you guys would have good pull out here. I have connections around town, we could get you a show here at Pomona and another show somewhere else.” It was really easy and I was like “how much are we going to pay you” and he was like “oh, I don’t want anything.”

In March you guys will be playing SXSW, any bands that you’re trying to see or you’re excited at the potential of borrowing a pick from?

JONAS: Also, it’s kinda cool casue I was looking at some old showcases and bands like The Flaming Lips and just really big artists played there when they weren’t so big. We could see someone thats not that big right now and they might blow up.

JACK: Yeah, I think that the connections we could make there could be super cool down the road. We should try to be social.

You guys definitely have a lot going on this year, should people anticipate 2019 being the year of Ritt Momney?

NOAH: Every year is the year.

JACK: They can expect the album going platinum within two weeks.

Their music is available for streaming on Spotify, Bandcamp and Soundcloud.