Interview with Nathan Stocker and DeCarlo Jackson of Hippo Campus 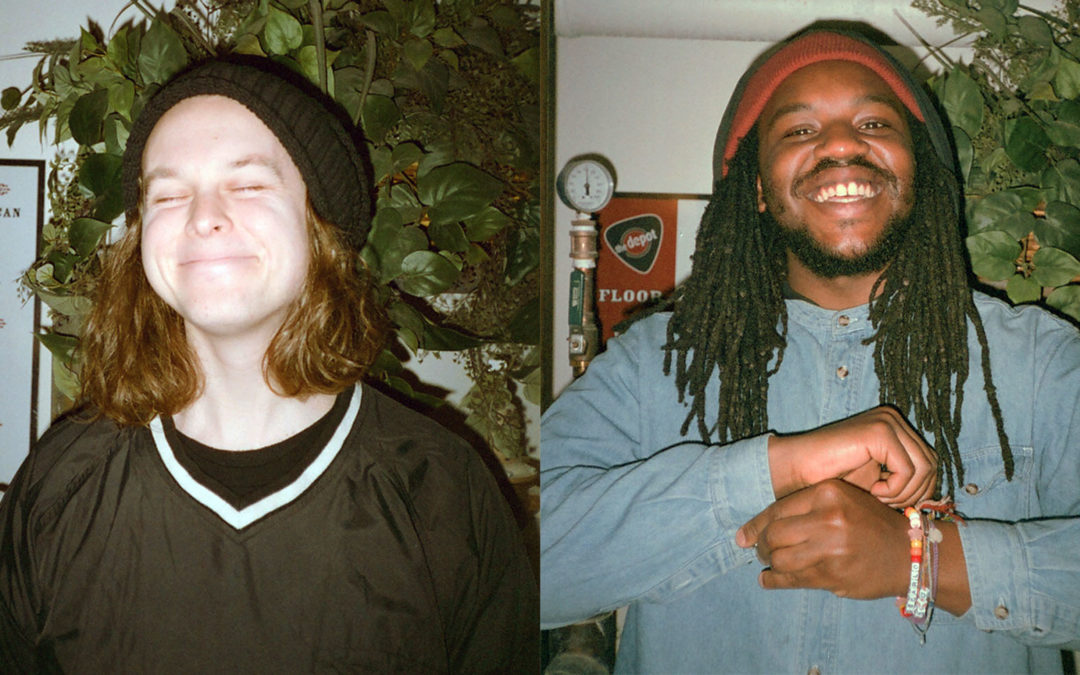 In honor of one year of Bambi, the profound sophomore record from Twin Cities indie rockers Hippo Campus, we’re releasing an exclusive interview Aggie Radio had with members Nathan Stocker and DeCarlo Jackson before their sold out show at The Depot back in February.

You’re doing quite a bit of touring this year, lots of firsts, including Australia and Thailand. Any places you guys are particularly excited to visit for the first time or any places you’re excited to return to?

N: For sure, that’s gonna be crazy. Just the flight alone is kinda like the biggest thing we’re not looking forward to, that’s like the looming apocalypse.

How long of a flight is it?

N: I don’t know, we’re skipping March 6, like that day just won’t exist for us.

D: Whistler said it’s going to be a 30 hour commute.

N: Is that accurate?

N: That’s enough to just blow your mind. So that’s doomsday, but it’s going to be cool and worth it. I’m excited to go back to Berlin.

D: I’ve never been to Berlin.

N: Paris is going to be dope too.

D: It’s going to be gnarly.

For the album art for Bambi, Hippo Campus’ logo is sort of deconstructed, could you talk about the significance of that?

N: Our designer, David, was like “hey, I have these extra versions that I’ve been messing around with with the logo” and it struck me as super symbolic of the writing process and everything we were going through at the time as a band. Having taken time, not writing together as a group in a room, it really became kind of an individual focused process for the most part until we all came together at the studio at the end and put the pieces together. But yeah, I guess there’s a couple meanings but mostly it’s just the fact that we were trying to approach the album in a different way and have our own individual personalities shine through in more specific and direct ways.

D: It’s a bit like a deconstruction, if you will, on the whole songwriting process. Like alongside the logo.

How do you guys manage and prioritize your emotional and mental health while touring extensively?

D: My answer is easy: mostly weed and meditation. Napping. I play the trumpet, which is a super specific instrument. It’s a very personal instrument, so it’s really easy for me to get in my head and find my box where I feel comfortable.

N: I don’t run at all, I’m kidding. I like to play video games sometimes. I was watching Heroes, that helped me stay sane. It really is just a matter, for me, of going out and doing something when I know I could easily just sit in my bunk. Getting out there is kinda a way to cleanse the pallete for me. But otherwise, reading, writing, whatever. Talking to people, each other.

D: Oh yeah, we have heart-to-hearts all the time. It’s actually probably the most important one.

I read that, starting out, you guys wanted to keep a seperation between your music and shows and politics. It’s only been as of recently that you’ve become more outspoken and publicly active, with organizations like Everytown and Headcount. What have been some instances of backlash you’ve received and what have been some inspiring momements that have happend as a result of your involvement?

N: I guess it’s all on the internet usually. We don’t have people confront us face-to-face, which is kinda like – I wish someone would say something to me. I would wanna talk to somebody.

You want someone to fight you?

N: Kind of. I feel like nothing gets done when you attack someone on the internet. Mostly just people being like “I wish they would just-” like LeBron James, “I wish he would just play basketball shut up and dribble or something.”

D: I can say the same. Mostly, just people being mad about their own political opinion on the internet and then reinforcing the fact that they’re, surprisingly, caucasian.

N: I guess the positive side to it is likeminded people sharing their appreciation, but that’s not why we do it.

Do you think artists have a responsibiliy to be socially and politically active?

N: I think I used to think it was “no,” but now I don’t know if “responsibility” is the word I would use. I think it’s more you can’t help it. It’s just engrained in this society.

N: Yeah, what meaning does a genre have in the first place.

N: The idea of popularity has completely shattered into a million pieces too. Indie died with the internet.

D: In a sense, or indie is the most indie it’s ever been, cause the internet is so indie.

D: You know Kilo Kish had a really hot take on this. I was reading that one book, Kinfolk, and Kilo Kish she said all music is a sort of reflection of pop music. Like, anyone making any genre, is making pop music based on their filter and their sense of influence. If genres are meaningless and everything is kind of indie, then everything is pop music.

For more on Hippo Campus, they can be found on Spotify and Apple Music as well as on social media @/thehalocline. They are currently on the final leg of their tour for promoting Bambi, show dates and ticket information can be found at hippocampus.band.

Interview is edited for clarity and conciseness. Full interview will be available soon for listening