Motion Coaster on What’s to Come 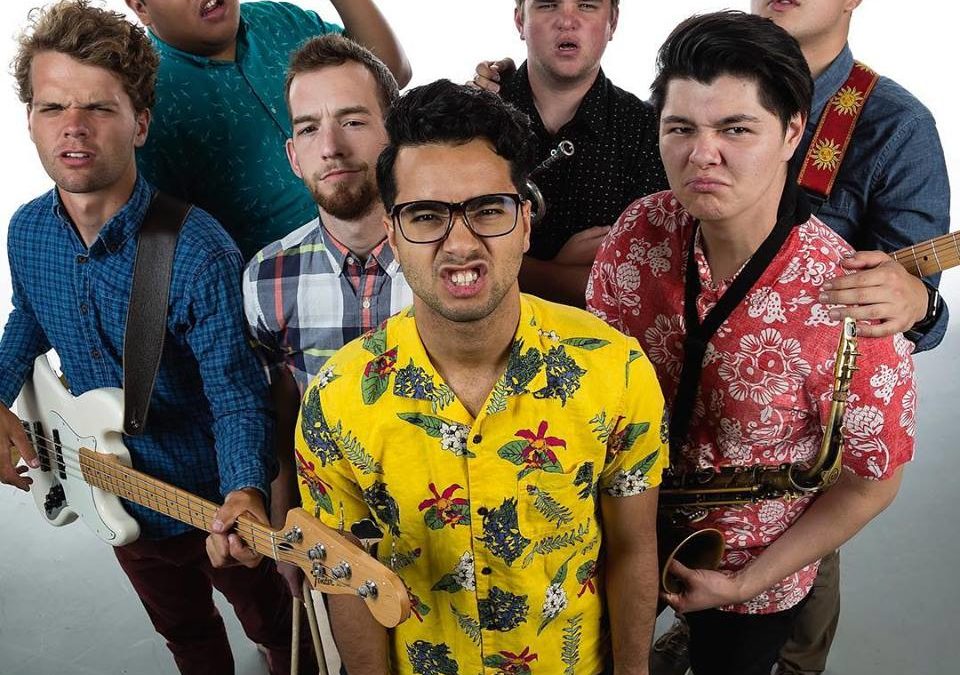 Motion Coaster, Utah’s eight-piece jazz band, is on the rise due to their hot tunes and uptempo beats that’ll get anyone to dance no matter the mood. “Weather” opens with jazzy keys and lead singer Dee Kei Waddell’s powerful vocals. “Keep On Dancing” is a song that is impossible not to shake your shoulders and boogie to. Last spring, at their show in Logan, the group turned up the heat with their cover of “Bulls on Parade” by Rage Against the Machine, encouraging an entire room of people to mosh and scream at the top of their lungs. If stage performance is everything, this group excels in every way possible.

“There’s just something about getting on stage and playing for people who are excited to hear it,” said Ha, the band’s trombonist. “I really don’t think there’s anything that can compare to how I feel when I’m on stage and that’s what keeps me going when things get tough.”

To get where they are now though was a long, unexpected process of building the band up.

Waddell met the group’s original drummer and guitarist in high school and reunited with them after serving an LDS mission. Michael Nishiguchi joined in shortly after on saxophone and Kamen Myers on trumpet. Ha got involved through mutual friends of The Solarists. another Utah band. McKay Bowcut ran into Waddell by coincidence at Guitar Centre while searching for a bass player and Jorge Murciacame in at the nick of time right after the original guitarist parted ways. Justin Wintch, a fan of the band himself, joined the growing lineup after responding to an advert for a keys player. Last, but not least, was Jordan Saltmarsh, who, like Murcia, managed to save the day by taking over for the original drummer.

“I think I speak for all of us when I say that music has played a huge role in our lives,” said Bao. “For me at least, I always wanted to be in a band. Growing up in Provo kinda does that to you. I never thought I’d be playing trombone though!”

Though the band is on a complicated hiatus situation currently, they still have plans to put an album out by the year’s end and they’ll be releasing a single soon.

“The single is a lot different from our EP Ocean Toaster, or the string of singles we released a few years back,” said Bao excitedly, “I’d say the new singles are a good reflection of the direction we’re going in.”

If their performance at Logan City Limits gives any indication of what’s to come at Big Agg, USU is in for one helluva performance.