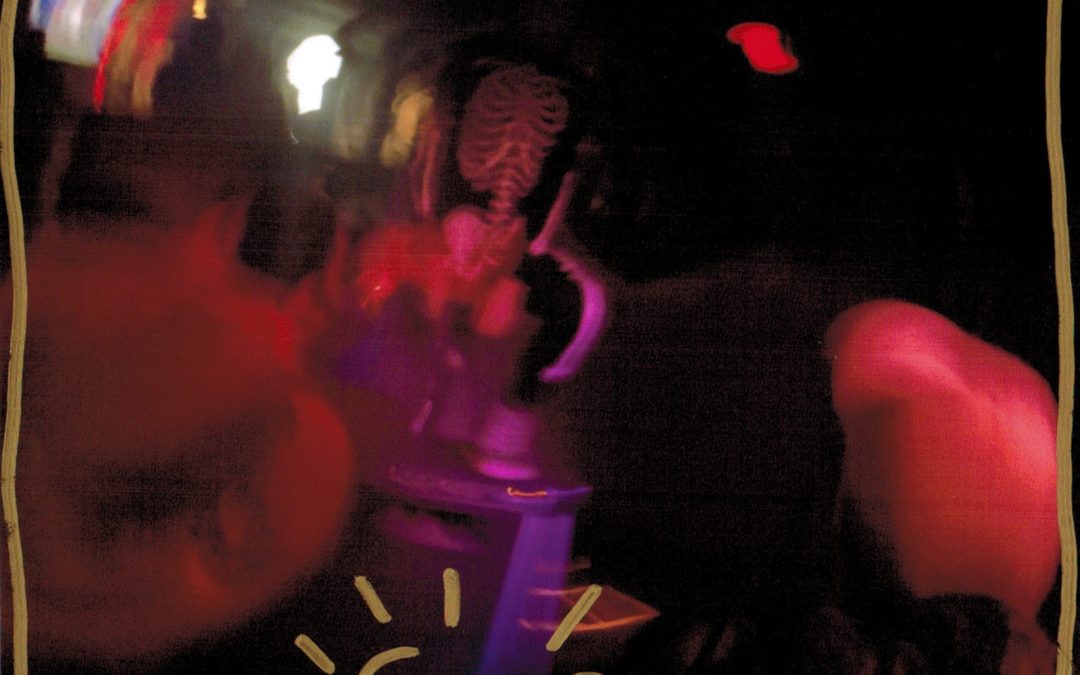 It’s a late night at the Funk N’ Dive in Ogden when one-man-band Boone Hogg jumps down from the stage, sweaty in his black hoodie, and opens a cardboard box containing a dozen hand-printed super young adult t-shirts. He hands them out for free to equally sweaty audience members, who hold them up to see the words “super young adult” printed in a lightning-bolt font around a unicorn head. It’s a little hard to read, but that’s because the logo has been printed on top of thrifted shirts that now bear multiple insignias. One shirt displays the super young adult trademark overlaying a FedEx logo. Another lucky audience member receives the SYA unicorn stamped over a blue and white BYU tee.

So-So is Hogg’s fourth album released this year under the moniker super young adult, leaving his listeners to wonder where all his energy is coming from. Hogg’s live shows deserve a review all their own, and often contain inside jokes that he advertises on his Instagram profile prior to the performance – recent stints have included CapriSun “sponsorships,” Shrek costume contests, and one time, he married his dog on stage. Yeah, we’ll have to delve into that another time.

But what does super young adult sound like? It’s sad-boy hip hop, it’s electronic, it’s catchy, it’s messy, and it’s full of honesty. super young adult is a unicorn of the Ogden music scene, just as the t-shirt logo implies.

For tunes so acquired, Hogg’s lyrics are surprisingly palatable. “The world’s trying to end me / I’m done being friendly with your ex-boyfriend,” he protests at the top of his lungs in the album’s opening track “A Lot Like You.” In the chorus he continues with the relatable, “I’m a lot like you / Easily confused / Ex-lover made me feel used / Drop of the hat I get blue.”

Unlike other budding hip-hop fusion artists, Hogg’s beats are anything but simple. “I don’t even know if I love you / I just want to talk until the sun goes down,” Hogg chants at the beat-switch end of the track “The Function.” It’s these sudden time changes, random soundbites, and other textural tactics that could go terribly if attempted by the wrong hands, but Hogg produces his own tracks, and he makes it work somehow. The resulting sound is energetic, uncontained and exciting – an album that will likely do well over college radiowaves and other non-commercial stations, where musical expression doesn’t have to come with a bow tied neatly on top.

Hogg’s pitchy vocal style and frenetic beats do nothing to mask the underlying meaning of each track, however, as every lyric unapologetically discusses the human emotional experience. “Got some messy feelings I don’t care if I hide / Bloodshot puffy eyes / Yeah I cried (so what?)” he yells at the end of the final track, “You Know Where To Find Me.”

Who is Hogg making music for? I get the feeling that in the best of ways, he doesn’t care who listens. Hogg’s music is the brainchild of his truth, with a sound that doesn’t conform to anyone else’s. super young adult is fresh, it’s unique, and given his momentum in 2019, there’ll be more released soon whether you like it or not.