The Cache Concert Series Kicks Off With Panthermilk and Sorrymom 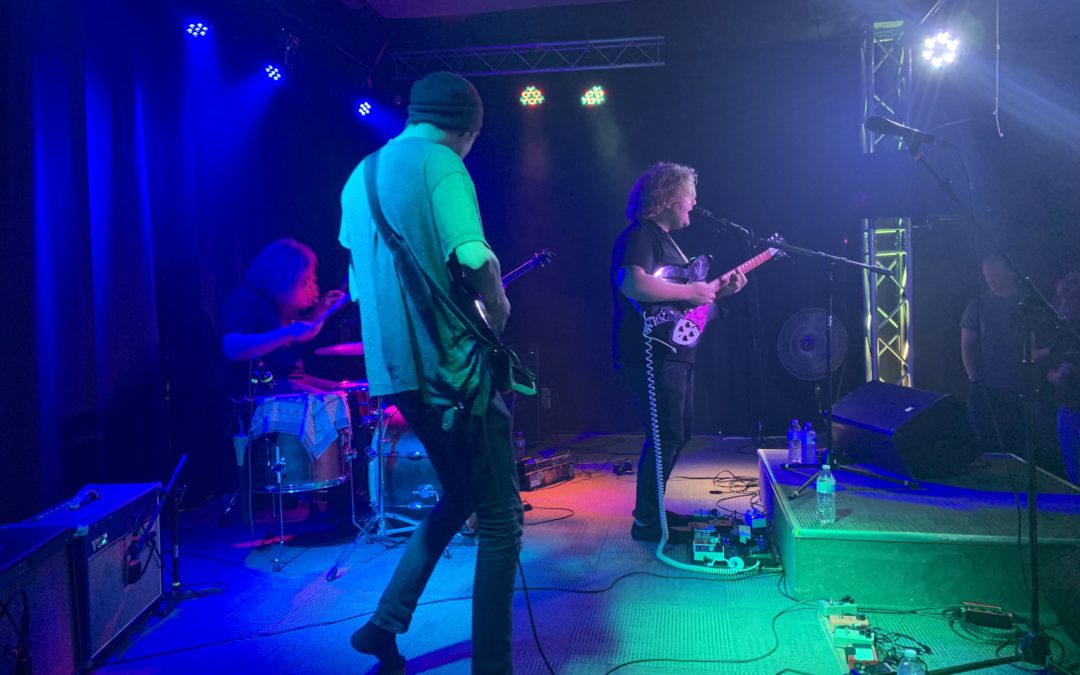 The Cache filled with excited patrons ready for the kickoff of its six-part concert series, put together by Brandon Ellis, the events and marketing coordinator for the Cache Venue. The atmosphere was supportive for both bands playing, headliner Panthermilk, with this being the first show in Logan since October of 2018 and opener Sorrymom, who had played The Bigg Agg Show only a few weeks earlier.

Aggie Radio got the opportunity to sit down and talk with Panthermilk members Benton Wood, Josh Mikesell, Jake Hurst and Nick Porarth about the future of the band, among other things. It’s obvious the group are great friends, laughing nearly the whole discussion and enjoying their time together.

What are you most excited about for this show?

HURST: No you’re not.

WOOD: I’m excited for the hometown crowd. First show back in town!

How is everyone doing today?

MIKESELL: They speak for all of us.

Who gets interviewed the least?

PORATH: Probably me. I’m the bass player. Or Jake. He’s the drummer.

What is your most entertaining band story?

MIKESELL: One time I was really mad about someone getting Jake’s name wrong in an interview so I turned to Benton and I said, “Benton! I can not believe they got James’s name wrong!” Then Benton said, “Who?” And I was like… “Crap.”

Who are your musical influences?

MIKESELL: That is really lame, dude.

PORATH: I like Daryl Hall, from Hall and Oates.

Tell us your best jokes.

MIKESELL: I used to have a good one. It was, “Did you hear about the guy who got his whole left side cut off? He’s all right now.

WOOD: Why was the Anti-Vaxer’s four-year-old crying?

WOOD: He was having a mid-life crisis.

Lastly, what do you want the readers to get out of this?

WOOD: If they made it to the end, then good on them.

MIKESELL: Are you saying she’s bad at writing?

WOOD: I sure hope not. Look. All I’m saying is that Aggie Radio is awesome, The Cache is all right with us and the show is gonna be a good one.

You can find Panthermilk on social media @/Panthermilk and their music is available to stream on all platforms.