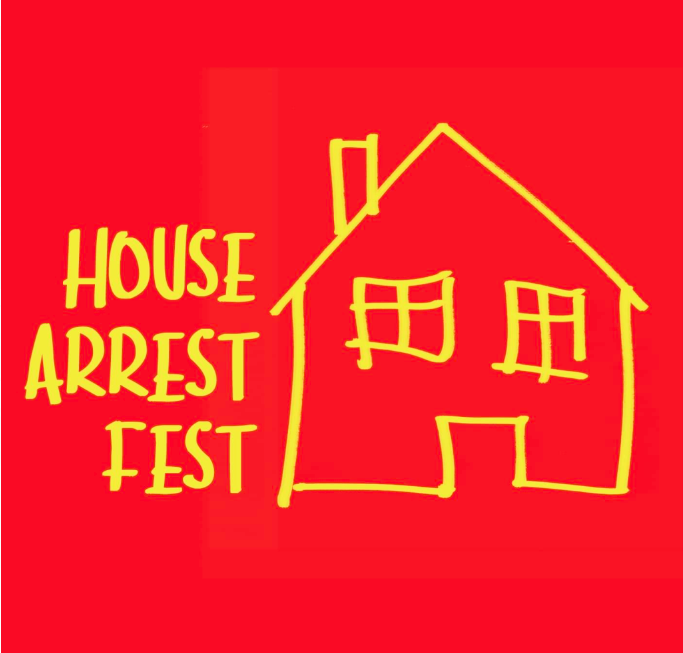 Schill and her band Roadie have felt the effects of cancellations, and while looking for a way to keep the band’s spirits up, Schill’s mother suggested she put on a virtual music festival.

“We wanted to make sure everyone felt safe and comfortable and still had the chance to play for an audience,” Schill said. “So many artists told us about how they’d had all of their events canceled, so it was clear that there were plenty of artists needing a platform and that was our priority.”

“Our main goal was to make it as easy for fans to watch the fest as possible, so we limited it to two platforms and prerecorded some performances to make it enjoyable to watch and minimize the chance for technical difficulties. We also wanted to have a live element, so we asked some artists to perform acoustically so we could stream them on our live story,” Schill said. “And then to break things up a little, we asked other bands to stream their own sets from home.”

House Arrest Fest was a free event, but viewers were encouraged to make a donation. Half of the proceeds went to the Red Cross, and the other half went to the performing artists to recoup losses from cancellations.

“People were so, so generous, and we are so grateful to be able to give back to the artists and those on the frontline of this pandemic,” Schill said.

Schill said she received many messages of gratitude following House Arrest Fest from both performers and fans.

“We had bands tell us how grateful they were to be able to perform for people and connect with fans. And a ton of people messaged and commented to us after it ended that they’d been having a tough time with isolation, and that this really helped them feel a little joy and brightness and connection,” Schill said. “I think that was the most beautiful thing for all of us that managed the project.”

Utah band Sunfish performed on Instagram live from a member’s home for House Arrest Fest. Luke Arnold, a multi-instrumentalist for the band, said that cancellations have a large effect on them because the majority of their revenue comes from shows.

“In order to try and keep up interest and fan base growth, we’ve tried to change to virtual platforms as much as possible, relying on social media presence and live-streamed shows such as House Arrest Fest and The Rise Livestream Festival,” Arnold said. “Though naturally, such alternatives fall short in comparison to traditional live mediums.”

Arnold said that House Arrest Fest was a good experience overall, but performing over social media has its ups and downs.

“Upside is that you can easily contact your whole audience with ease on your part and theirs,” Arnold said. “An obvious downside is the lowered quality of audio, as well as video and connection problems.”

Barrow realized how serious COVID-19’s effect would be for musicians when his group, Michael Barrow and the Tourists, had the majority of their future live shows canceled. His group is taking the time that would have spent rehearsing and performing to create content.

“Obviously we’ve needed to change the way we’re going about things, and I think we’re still in the middle of navigating that. Many artists are streaming once or twice a day to stay connected to their fanbases,” Barrow said. “Others are putting together virtual concerts and festivals, like House Arrest Fest, as a way of sticking together and offering mutual support as a community.”

Barrow said that his experience performing virtually for House Arrest Fest was great.

“I wish I’d had a chance to be more involved, honestly,” Barrow said. “I feel like I just showed up, played three songs, told some stupid jokes and left, but it was an honor to be a part of it. I’m amazed by so many things about the music scene here. There’s the talent, obviously, but on top of that, there’s so much love and support. The fact that Aubree, Bao and Montana went out of their way to set up House Arrest Fest is a perfect example of that.”

Schill said that she is beyond happy with the results of the festival.

“It almost made me a little emotional seeing this little feeling of community blossom even while we’re all having to stay apart from each other. So many people seemed genuinely excited about this event and watched the whole day, and the bands all did such a good job of being present and there for their fans,” Schill said. “It really felt like this show was about supporting each other in so many different ways.”